Northwest Industries Association members are the associates representing key components of our diverse economy including manufacturing services, supply and logistics, and retail and hospitality.

AIAC Pacific promotes and develops aerospace business in BC by advocating for its members with industry and government; facilitating member participation in national and international programs designed to enhance business development, investment and global competitiveness; ensuring strong BC participation in market-access and supply-chain development initiatives; and promoting the presence of the BC industry on trade missions and at events such as the Canadian Aerospace Summit and the Paris and Farnborough International Air Shows. AIAC also hosts the Aerospace, Defence and Security Expo (ADSE) in Abbotsford.

APWASI was established in 2015 by a group of wine and spirit educators, with the intention of satisfying the growing interest and need in Asia. Those involved in its creation range from wine-makers, biochemists, nutritionists, Masters of Wine, Sommeliers, distributors, wine and spirit retail companies, highly respected wine professionals, professors and university academics and enthusiasts.

BC Alliance for Manufacturing

BCAFM was founded in 2014 to advance and defend the interests of BC's manufacturing community. The association primarily focuses on growing visibility for manufacturers, reducing their business challenges, expanding welfare skill and improving safety and productivity. 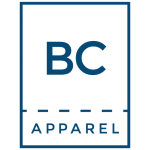 BC Apparel and Gear Association

BC Apparel was founded in 2016 to represent companies and organizations in BC’s apparel, footwear, textile, gear and accessories industries. This group includes vertically-integrated retailers, suppliers, designers, manufacturers and educators. Apparel is one of the largest goods industries in BC with more than $4.0 billion in shipments. The association is helping coordinate establishing Greater Vancouver as a global centre of excellence for apparel design and innovation.

BC ASSOCIATION OF ABATTOIRS

The BC Association of Abattoirs (BCAA) was founded in 2009 to address the specific needs of provincial abattoirs. Since then, the Association has expanded to be the primary representative of the BC meat industry and now includes craft abattoirs, federal abattoirs, wholesale and retail butchers as well as livestock producers. The BCAA is primarily focused on assisting plants exceed regulatory requirements, liaising with key government departments and addressing the labour shortage faced in the meat industry. Meat is the largest component of BC’s food processing sector.

The BC Craft Brewers Guild currently represents over 180 independently owned and operated craft brewers. The Guild’s breweries are in over 60 communities in BC. Some are small and others smaller, but they all brew flavourful local beer with passion and dedication. The mission of the Guild is to support the ongoing creation and discovery of truly great BC Craft Beer.

The BC Floor Covering Association (BCFCA) was incorporated December 17th 1959 as an association to serve both the commercial and residential sectors of the floor covering industry in British Columbia, Canada. The BCFCA and its province-wide membership of flooring dealers, manufacturers and distributors are dedicated to continuously raise the standards of excellence in the carpet, hardwood, resilient, laminate, cork and bamboo floor covering industries. 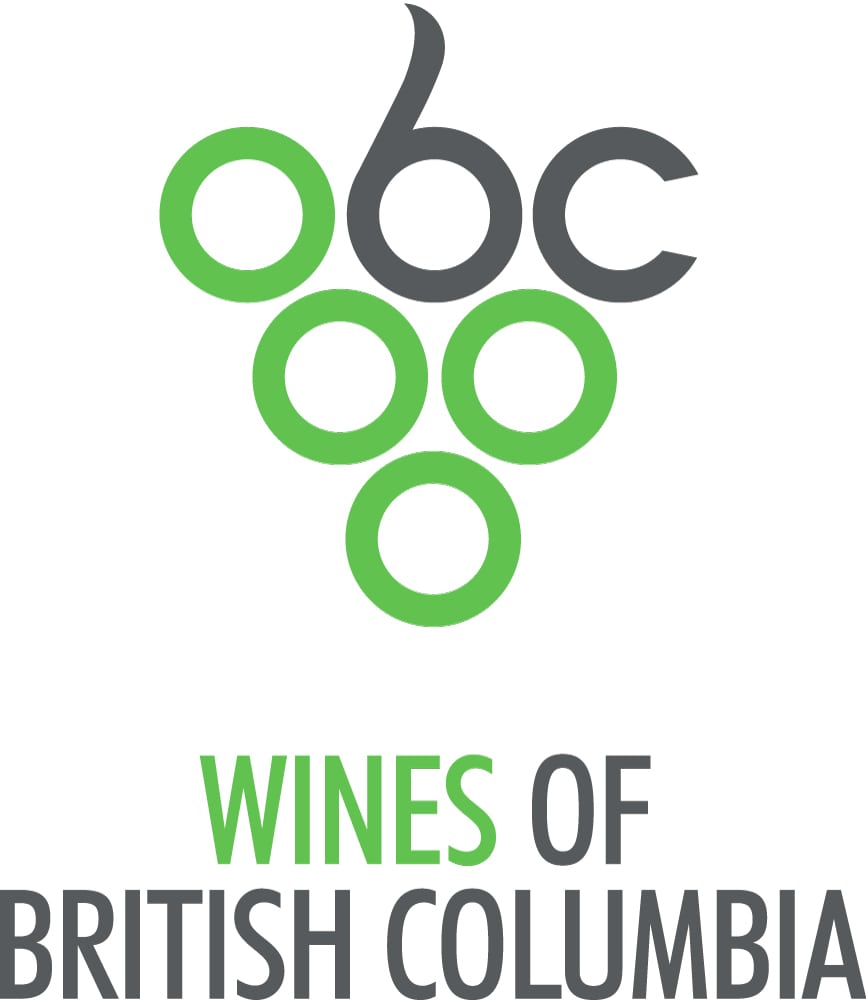 The BC Wine Institute is the authoritative voice for wine production in British Columbia, one of the premier wine growing regions of the world. BCWI’s membership represents 94% of total grape wine sales and 94% of total BC VQA Wine sales in British Columbia. In 2015, BC’s wine industry harvested 33,000 tons of grapes and produced 22 million litres of wine. 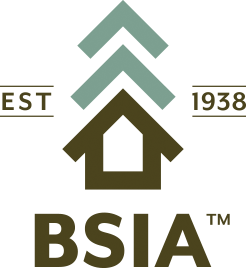 BUILDING SUPPLY INDUSTRY ASSOCIATION OF BC

The Building Supply Industry Association of BC (BSIABC) has been serving members for over 75 years by promoting the industry, hosting educational events, and fostering business connections. Members include manufactures, distributors, wholesalers and retailers who sell building materials and hardware products. Over half the membership is BC owned and operated manufacturers and distributors. These operations make major economic contributions to the communities they are located in directly employing more than 7000 people across BC. 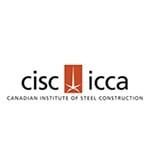 Founded in 1930, the Canadian Institute of Steel Construction is Canada’s voice for the steel construction industry. The CISC promotes dialogue, collaboration and commerce between industry stakeholders – advancing the benefits of steel to the consulting community, builders and buyers, academia and government. The CISC represents a diverse community of steel manufacturers, fabricators and constructors, engineers and architects, owners and developers, and educators and students, offering a wide range of perspectives across the steel value-chain. 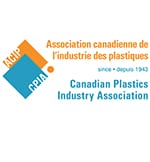 Since 1943, the Canadian Plastics Industry Association (CPIA) has served as the national voice for the plastics industry in Canada. With over 3,170 companies employing 94,400 workers, Canada’s $29.2-billion plastics industry is a sophisticated, multi-faceted sector encompassing the plastic value chain (raw materials and resins; plastic products manufacturing; machinery; moulds; recyclers; and brand owners). The CPIA is dedicated to the growth of plastics businesses by helping the industry reach its full potential. 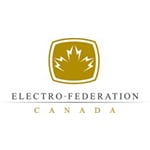 Since 1943, the Electro-Federation Canada (EFC) represents over 300 member companies that manufacture, distribute, and service electrical and electronics products in Canada which contribute over $50B to the Canadian economy and employ more than 130,000 workers in more than 1,400 facilities across the country. EFC provides a powerful nucleus around which the Canadian electrical, consumer electronics and telecommunications markets gain competitiveness in the global market through representation on issues and opportunities impacting electro-technical businesses.

Excellence in Manufacturing Consortium’s (EMC) is a unique not-for-profit organization, dedicated to helping manufacturers grow and become more competitive at home and around the world. EMC has grown to become Canada’s largest manufacturing consortium responsible for contributing significant knowledge, expertise and resources towards the success of over 13,000 active consortium and online members, in every province and territory across Canada. EMC comprises nearly 60 consortium regions, spanning more than 450 communities and communicates with a total audience over 40,000 manufacturing employers and more than 600,000 manufacturing employees.

FENESTRATION ASSOCIATION OF BC

Long Table is Vancouver’s first micro-distillery, long table was co-founded in 2010 by head distiller Charles Tremewen and partner Rita. As Ginsmiths their focus is on producing handcrafted, premium-quality gins and unique spirits, rooted in a passion for following traditional distillation practices on a small-batch scale. 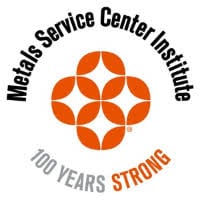 MSCI’s mission is to promote the profitability and health of the metals industry and its role in the North American value chain. We offer high-quality information, strong networking opportunities, thought leadership, executive education and development training programs, metals-oriented public policy and advocacy programs, as well as timely statistics on metals product, metals service center performance, downstream metals user markets, and the economy as a whole. MSCI’s focus and investment is best summarized by NEAR: Networking, Education, Advocacy, and Research.

New Car Dealers Association of BC

The New Car Dealers Association of BC represents more than 392 New Car Dealers throughout the province, who generate more than $16 Billion in economic activity, pump $2.9 Billion net GDP directly into BC’s economy, and employ more than 30,000 high paying, family supporting jobs in over 50 communities they serve. 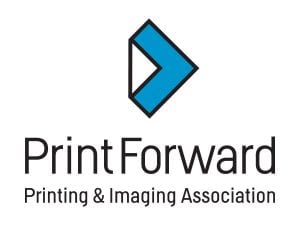 PRINTFORWARD BC PRINTING AND IMAGING ASSOCIATION

PrintForward is an industry association devoted to promoting and advancing the interests of the printed and digital communications industry in British Columbia. The printing industry in Canada is one of the most economically important and technologically advanced industrial sectors. Canada’s printing industry is the fourth largest manufacturing employer in the nation with more than 85,000 employees, who work in 8,500 establishments.

Tradesman Association of BC

The Tradesman Association of BC is a customer oriented organization consisting of professionals in the Construction Industry. Their aim is to enhance industry standards and set benchmark of brilliance that the whole construction industry can aim to achieve. 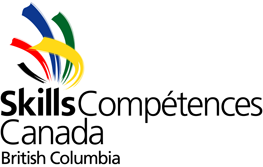 Since 1994 Skills Canada British Columbia (SkillsBC) has operated as a provincial not for profit organization, working with industry, educators, government and labour to promote rewarding and in-demand skilled trade & technology careers to BC’s youth. The organization’s unique programming allows Skills BC to position itself as an early influencer; offering youth in grades K – 12 and in post secondary, safe and engaging environments in which to explore trade & technology careers.

SkillSource BC (SKSBC) is a non-profit, group training organization with a mandate to increase access to trades training and work experience for apprentices. SkillSource is committed to building a qualified trades’ workforce for small, medium and large businesses through an alternative approach to apprenticeship. The organization sponsors and matches apprentices with specific employers to learn the full scope of a trade and build industry-leading skills while filling an employer’s vacant positions.

The Small Scale Food Processor Association is a vibrant and growing organization comprising small and medium enterprises in the food processing industry by providing leadership, education, marketing, networking and advocacy to foster success in a competitive global market. There are two categories of membership in the SSFPA: Food Processors with fewer than 25 full time employees; and Supporter Members consisting of groups or individuals including: growers, large processors as mentors, linked associations, technical service providers, educational planners, and economic development groups. 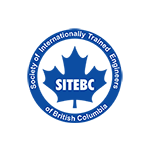 SOCIETY OF INTERNATIONALLY TRAINED ENGINEERS BC

The Society of Internationally Trained Engineers of British Columbia’s (SITE BC) goal is to promote utilizing the full potential of internationally trained engineers so they can more meaningfully contribute their knowledge and skills to strengthening the Canadian economy. 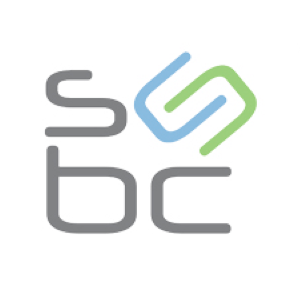 The Supply Chain Council of British Columbia (SCCBC) is a non-profit society that hosts and facilitates business forums for Supply Chain Executives and Leaders. SCCBC works to promote and enhance the business of Supply Chain by interactive presentations, training and networking. 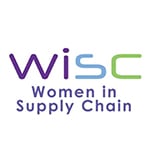